100 YEARS
A Visual Memoir of RCA
Radio Corporation of America

RCA (Radio Corporation of America) is an iconic brand that has endured from generation-to-generation. Its timeless logo and technological advances have permeated worldwide culture as a symbol of quality and reliability.

Let us take you on the journey from RCA's beginning through its technological advancements over the past 100 years.

Scroll down to see all the history, as we will take you on a journey of innovation.

An icon is born

RCA originated as a reorganization of the Marconi Wireless Telegraph Company of America (commonly called "American Marconi"). American Marconi was involved in high-powered alternators for transatlantic transmissions and the American Navy, and in the interest of national security, wanted an all-American company to own the assets.

In 1919, two naval officers, Admiral H. G. Bullard and Commander S. C. Hooper, met with General Electric's president, Owen D. Young, and proposed that GE purchase American Marconi and use the assets to form its own radio communications subsidiary. Young consented to this proposal, which, effective November 20, 1919, transformed American Marconi into the Radio Corporation of America.

In 1926, AT&T decided to exit radio broadcasting and sold its two radio stations and its network operations to RCA for $1 million dollars (approximately $13,772,000 today when adjusted for inflation). These assets formed the business foundation of the National Broadcasting Company (NBC) with ownership split evenly between RCA and General Electric. 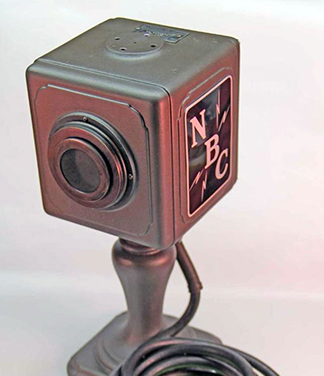 RCA purchased the Victor Talking Machine Company, then the world's largest manufacturer of both records and phonographs, including its popular showcase "Victrola" line. This acquisition was organized as a new subsidiary called RCA Victor.

With this purchase, RCA acquired the western hemisphere rights to the famous Nipper "His Master's Voice" trademark.

Nipper, featured on phonographs listening to "His Master's Voice", became the iconic and beloved RCA mascot.

As of its founding, RCA was the largest radio communications firm in the United States. 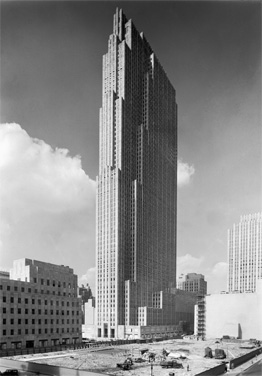 See It On
Google Maps

RCA began TV development in early 1929, after an overly optimistic
Vladimir K. Zworykin convinced David Sarnoff that a commercial
version of his prototype system could be produced in a relatively
short time for $100,000. Following what would actually be many
years of additional research and millions of dollars, RCA
demonstrated an all-electronic black-and-white television system at
the 1939 New York World's Fair. 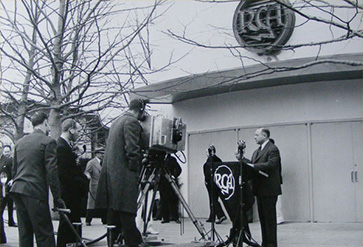 In 1953, RCA's all-electronic color TV technology was adopted as the standard for American television; it is now known as NTSC (after the "National Television System Committee" that approved it). The first RCA consumer color televisions were produced in 1954. 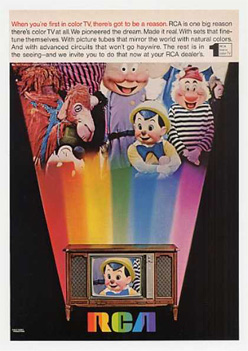 In 1957 RCA opened RCA Studios, later known as Studio B, a state-of-the-art recording studio in Nashville, TN. Later in 1964, Studio A Opens. 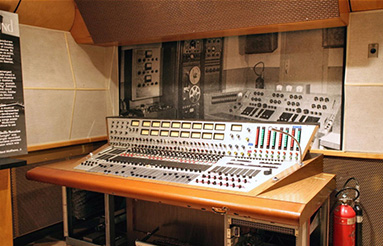 RCA and The Ranger 7 satellite

In 1964, the Ranger 7 was successfully launched. RCA was an important subcontractor on the Ranger lunar probes, developing the cameras that would transmit high-resolution photographs of the lunar surface. 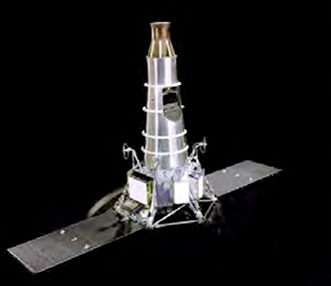 The first monochrom RCA camera that went on the moon 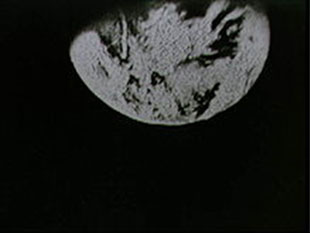 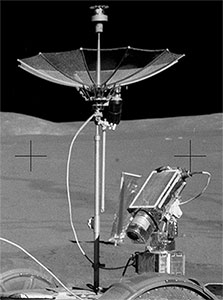 In 1972 RCA successfully demonstrated color video recording on an RCA SelectaVision VideoDisc. By 1977, the RCA VBT200 is the first retail SelectaVision VHS Video Cassette Recorder introduced in the U.S. The Video Cassette Recorder featured a clock, timer, two speeds for recording up to 4 hours, an analog timer with reset, and a memory on/off switch - that's a load of features and options for video cassette recorders of that time! 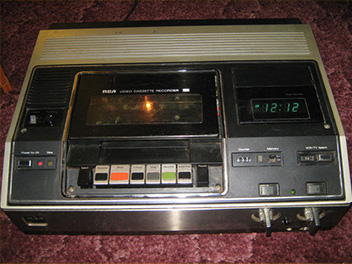 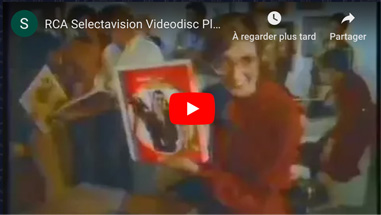 Chipper is the new canine partner to Nipper

A year later, the RCA Digital Satellite System (with programming from DIRECTV and USSB) became the first high-power small-dish satellite system on the market. 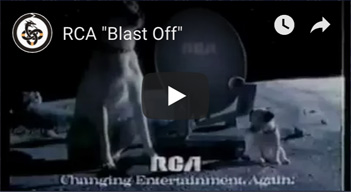 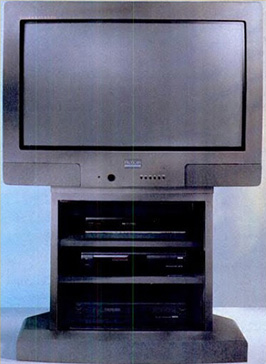 In 1998 RCA and DIRECTV demonstrated the first satellite transmission of HDTV program material at the annual Consumer Electronics Show (CES) in Las Vegas. In August, RCA introduced the DCT100 digital receiver that allowed digital and analog signals to be viewed on any set. In November, 1998, Digital broadcasting officially begins. 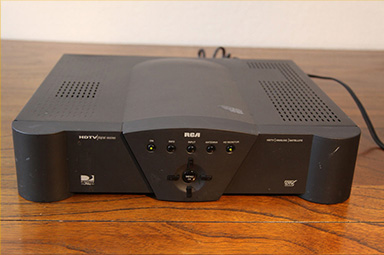 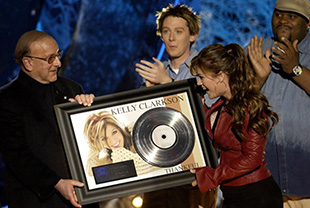 In 2013, the first RCA branded tablets are introduced in the U.S. and LED lighting products are introduced in the U.S. and Canada. The RCA Mobile TV Tablet combined the worlds of TV viewing and handheld computing offering the electronics industry’s first dual-tuner mobile TV. The RCA Mobile TV Tablet becomes the first tablet device to feature an integrated mobile TV tuner which offers viewers on-the-go access to 130 mobile TV stations. 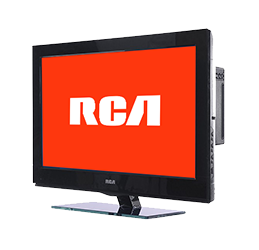 In 2014, Android Smartphones and Full HD LED Smart TVs are introduced under the RCA brand. The new TV offering included the launch of a dozen new HDTVs that are "Roku-ready" thanks to each model’s pre-installed Roku Streaming Stick. The 12 new models, which featured screen sizes ranging from 28 to 65 inches, offered convenient access to the Roku Channel Store and Roku’s 1,700+ apps. 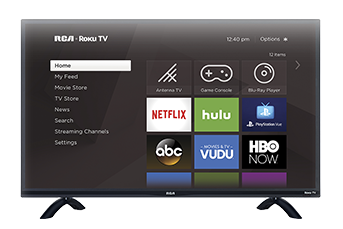 Today, the RCA brand symbolizes American ingenuity worldwide. Its iconic name can be found on flat-panel and 4K televisions, tablets, smartphones, home appliances, and many other extraordinary products. From our biggest public moments to the smaller, more personal ones, RCA has been part of our lives and will continue to be today, tomorrow, and for years to come. RCA is in tune with inspiration and innovation for your future needs. 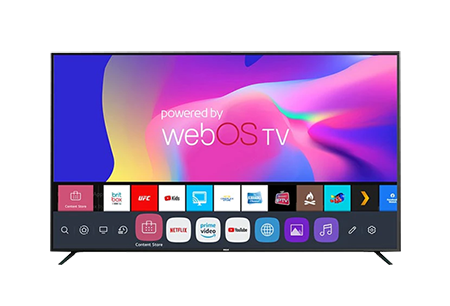